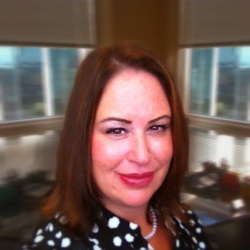 Attorney Karyn L. Todd is a native of Michigan. In the early 1990's, she moved to Miami, Florida to study and practice law.  She began her work in immigration law when she was a law student participant of Immigration Law Clinic at St. Thomas University School of Law in Miami, Florida. Her career is dedicated to legalization of immigrants in the United States.  She travels the country to defend individuals seeking status in the United States. She has litigated cases throughout the U.S. including the states of New York, California, Michigan, Georgia, Texas, North Carolina, Arizona and Florida. She has a passion for defending individuals in removal proceedings. Her extensive experience covers all defenses from removal, such as: stays of removals, motions to reopen removal proceedings, asylum, cancellation of removal, and waivers such as I-212c which restores residency for individuals subject to removal, and preservation of residency for aliens after the commission of serious criminal infractions and bond hearings.
Admissions
Admitted to the Florida Bar, 1997
Admitted to the District Court for the Southern District of Florida, 1998

​Recognitions
Selected to the National Register's Who's Who in Executives and Professionals 2004, edition.

Appointed Honorary Chairperson for the State of Florida Small Business Advisory Committee to the Republican Congressional Committee on Small Businesses. In this capacity she will advise the U.S. Congress on issues that affect small businesses in Florida.

How can we help you ?

Our objective is to help you. Our goal is to get you results

We have worked thousands of cases over our careers. We have the knowledge and creative thinking required to get you results
​
Our goal is to assure that you are properly represented in what seems a never ending, confusing process

We handle many complex cases with an eye for details